Homosexuality is a controversial subject in most countries around the world. In Russia, the gay issue took a different turn with Vladimir Putin’s anti-gay legislation in 2013. This move has affected the LGBT rights in many aspects. Here are some of the things that every gay person in Russia should be aware of.

Being Gay is not illegal in Russia but… 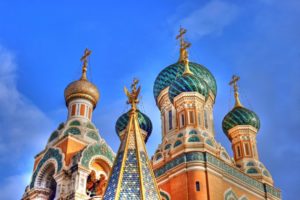 In 1993, homosexuality was decriminalized in Russia. Recently, the Strasbourg judges ruled that the 2013 legislation that prohibited promotion of homosexuality among persons under 18 was discriminative. These legal provisions do not mean that gay people are free in Russia. Homosexuality is seen as ‘unnatural’ in the country and prejudice is rife.

The number of Russian nationals seeking asylum in Canada went up by 50% between 2014 and 2015. The statistics are higher in European countries and the United States. Some cite harassment from the police and members of the public while others simply fear for their lives. There are reports filed by the LGBT Network claiming that their members have been tortured, sometimes to death.

The LGBTQ struggle is weak is Russia

In countries where gay movements have achieved social progress, there is unity among the members. In the United States, laws prohibiting same-sex activities have been abolished since the 20th century. In the case of Russia, two groups of the LGBTQ movement conflict. There are those that support Putin’s actions against same-sex marches while others organize gay parades in Moscow. These internal divisions render the campaigns ineffective. Another weakening aspect is the lack of cohesion between gay rights and the opposition movement.

In consideration of the current atmosphere in Russia, any gay person ought to take great caution. For instance, the upcoming 2018 world cup event has already elicited some heat around homosexuality. Gay fans have been warned against displaying affection in public. In a recent interview with the Guardian, Piara Power urged the minority groups to attend the World Cup but exercise caution. The Football Against Racism in Europe’s (Fare) executive director advised gay people to use a guide to help them stay safe.

Although homosexuality is not illegal, it is common for gay people to face harassment and death in Russia. While the struggle against homophobia continues, LGBT members should exercise caution. Fare has already developed a guide and is in talks with the Russian government to protect the minority group during the 2018 World Cup.